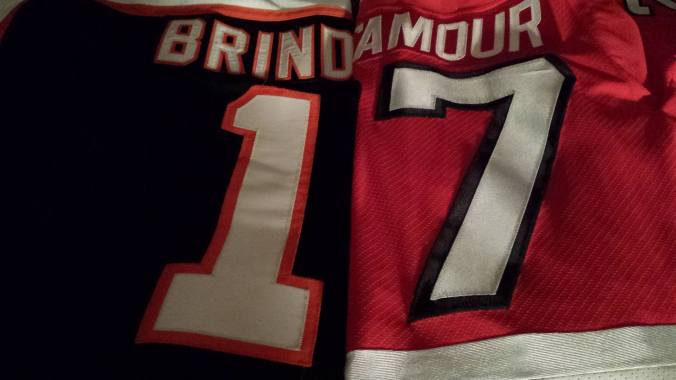 (Updated to include video & thoughts on the Hall of Fame Ceremony from November 22!)

Rod Brind’Amour was traded from the Philadelphia Flyers to the Carolina Hurricanes. And I was devastated.

I thank my lucky stars that social media didn’t exist back then, as I surely would have shot off rapid-fire hashtag-heavy Tweets expressing my sorrow and disgust, or constructed a grandiose tribute on Facebook complete with photographs and frownie-emojis. This is why I could never, in good faith, mock the young girls whose worlds were absolutely crushed when Zayn left One Direction. (Yes, I keep up with pop culture.)

Looking back on it now, I was a stupid teenage girl with stupid teenage emotions. But it’s also endearing, in a way, to think that before I became just another adult inundated with “grown up” priorities, hockey was practically my entire world.

Rod Brind’Amour was a huge reason for that.